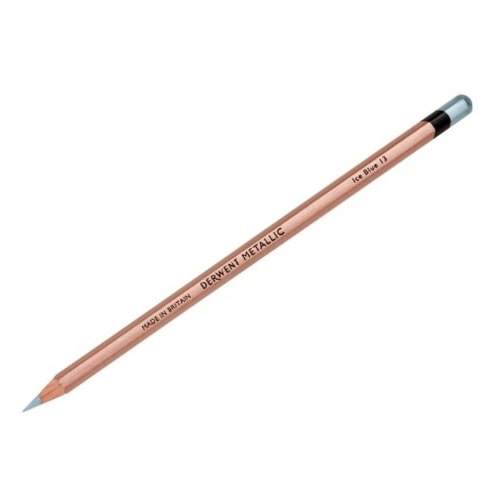 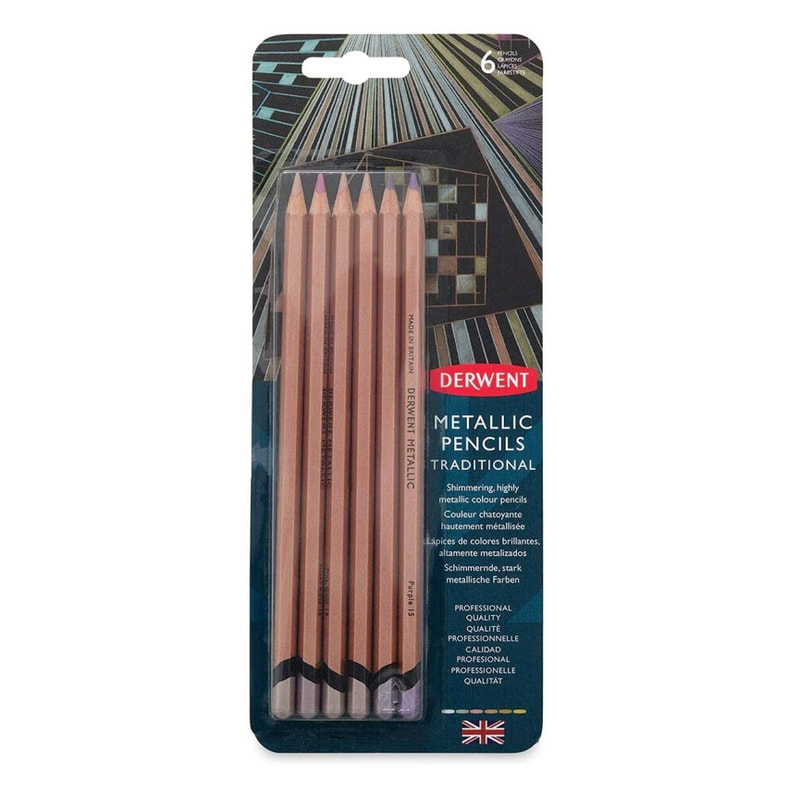 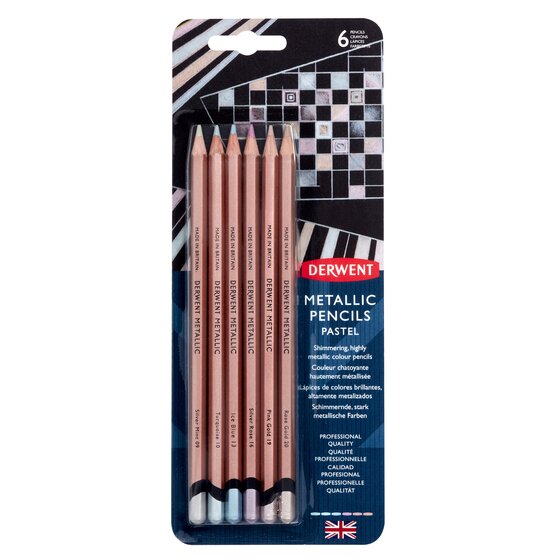 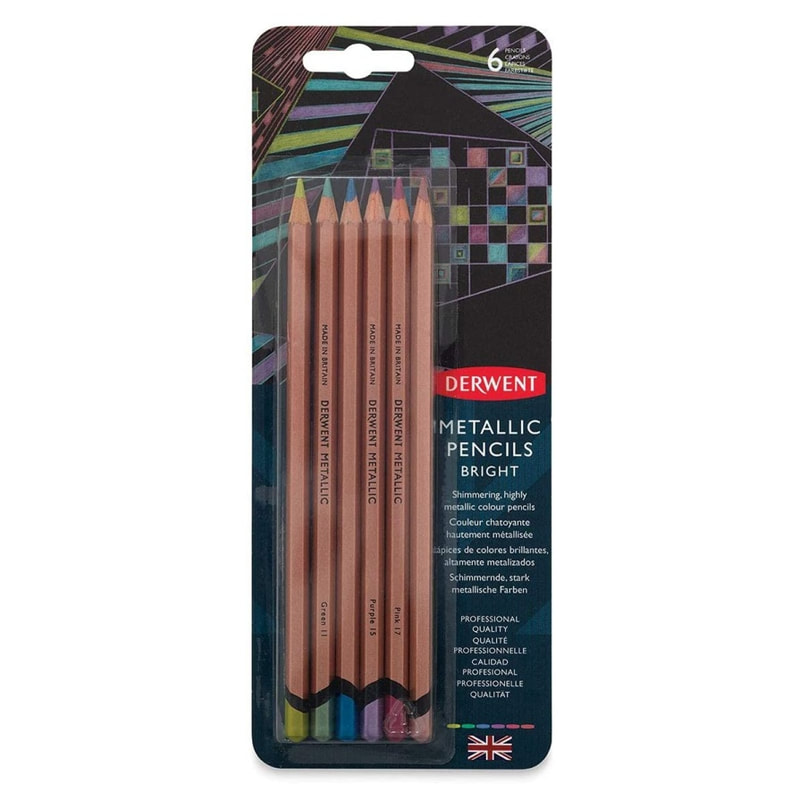 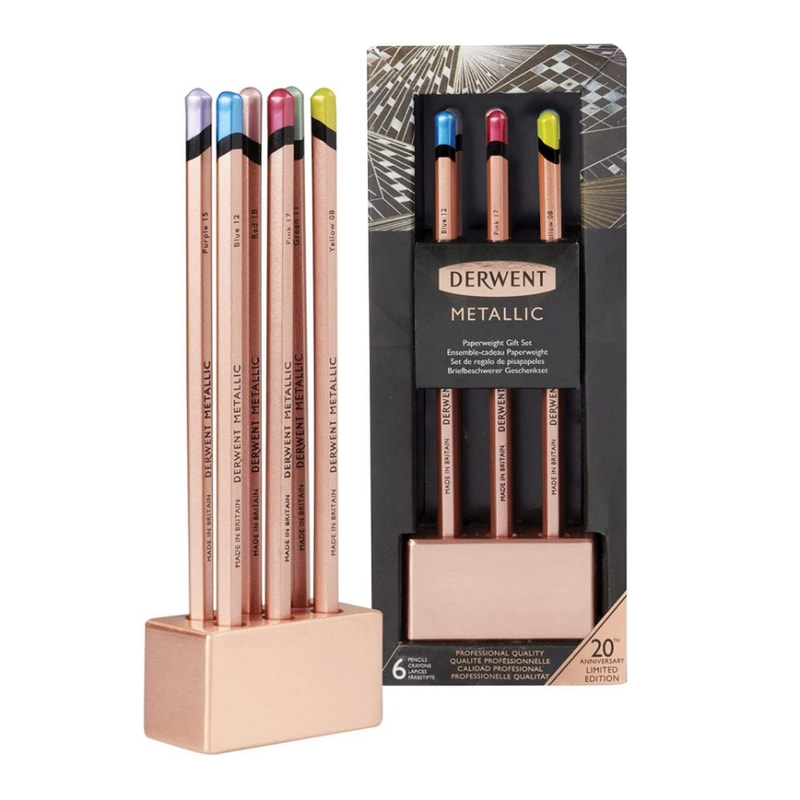 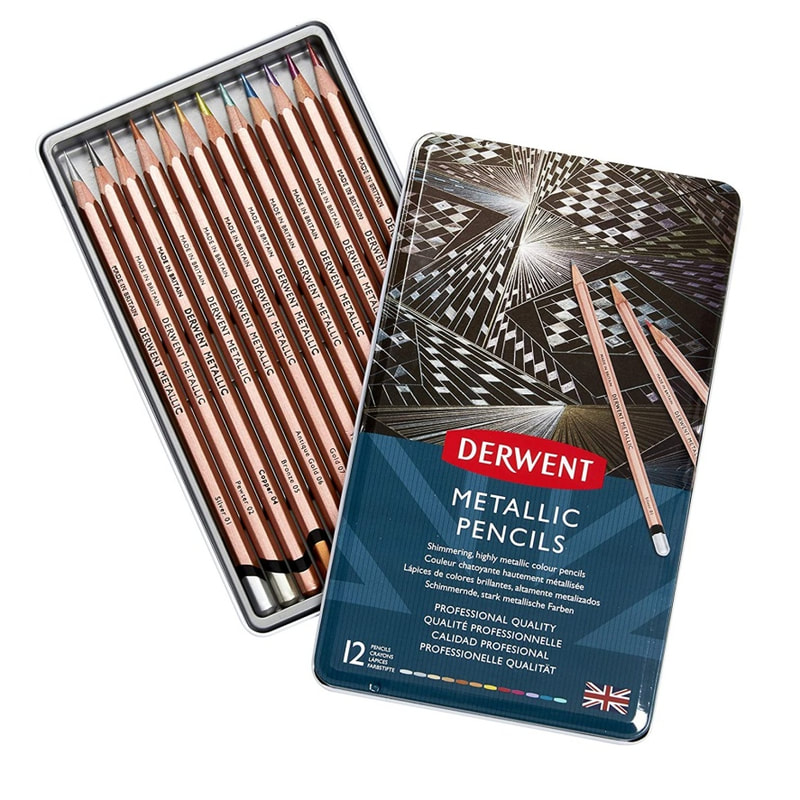 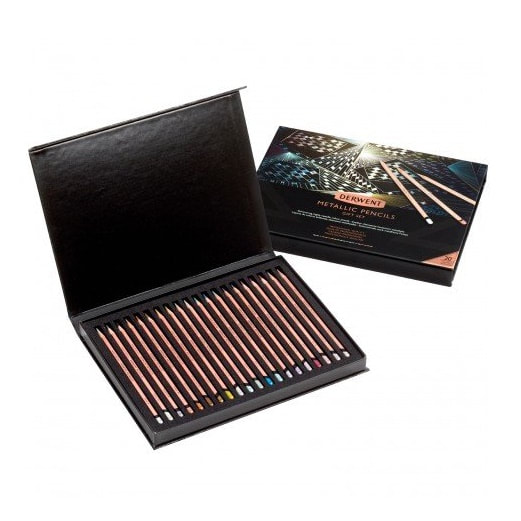 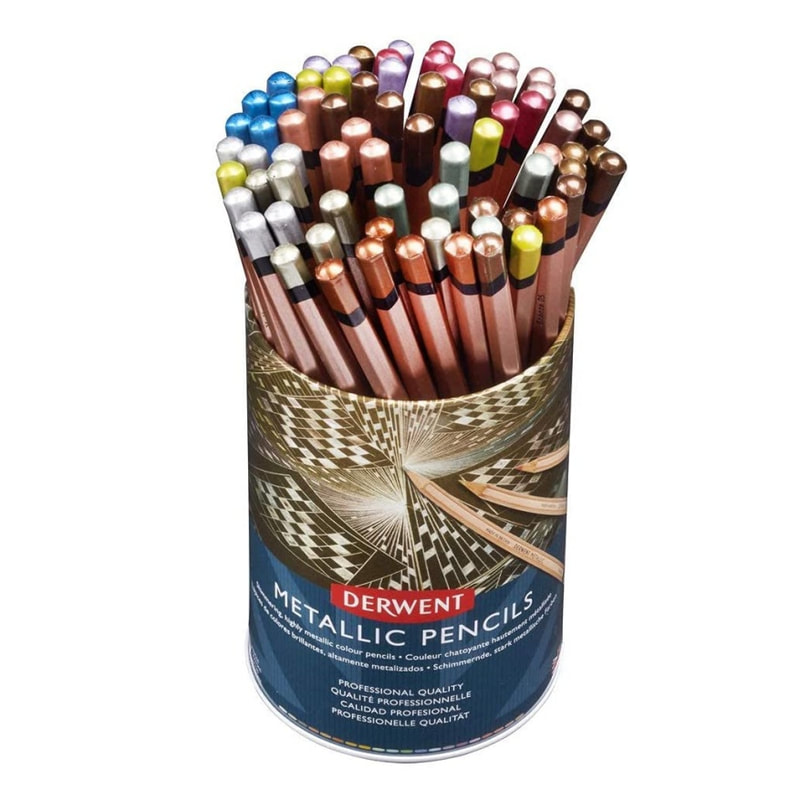 Derwent Metallic Paint Pans contain shimmering metallic colour, which are outstanding when applied to both light and dark paper. This highly reflective colour range offers a wide spectrum of metallic colour. Striking on both black and white surfaces, the Derwent Metallic Paint Pan Set includes 12 unique shades that mix beautifully to create a full spectrum of metallic colour. Extra fine metallic pigments give a reflective glint, maintaining their shimmer once dry. Apply in creamy opaque strokes, to layer and blend on the page. Suitable for a range of fine art or craft projects. Contains 12 Metallic paint pans, a mini waterbrush, a sponge and five mixing palettes.