Use these versatile tools for adult colouring books, drawings, sketches, and mixed media designs. The break-resistant cores allow you to layer colours and shade your artwork without having the tips break while you work. These smooth and highly-pigmented pencils make blending, layering, and mixing colours a breeze.
Taken from the Arteza website - www.arteza.co.uk

Soft leads are far easier to apply & blend for tonal areas such as backgrounds & foregrounds or for smooth subjects such as skin and using a BLENDER also can help to smooth these tones even further. There is an element of caution with soft leads though as there is a possibility that leads can easily break if dropped, and they may crumble easier when sharpening them especially if using an electric sharpener due to the power, in my own experience of using these pencils however, I have never had one problem with breakages or trouble sharpening the leads easily but it is important to always be careful with softer lead pencils. 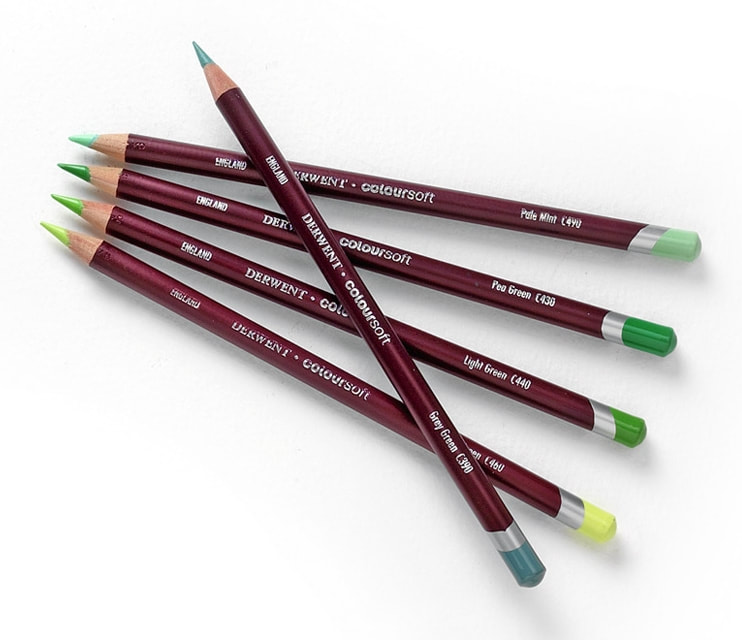 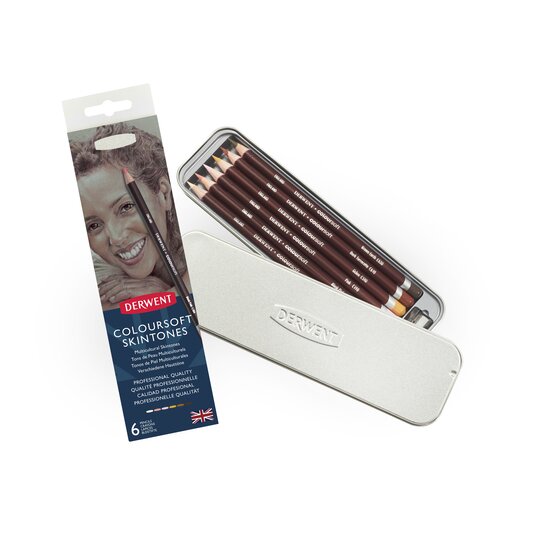 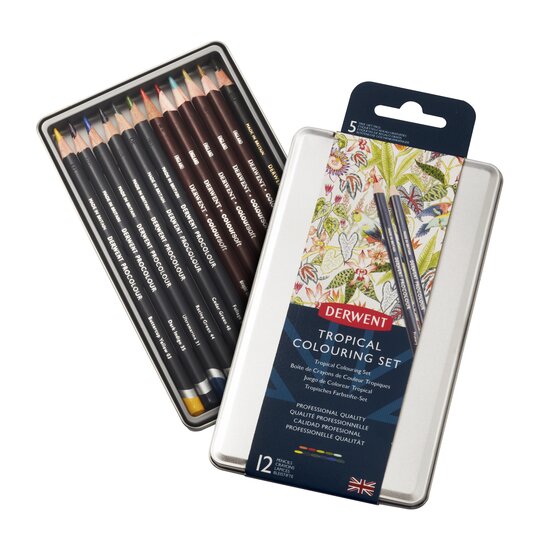 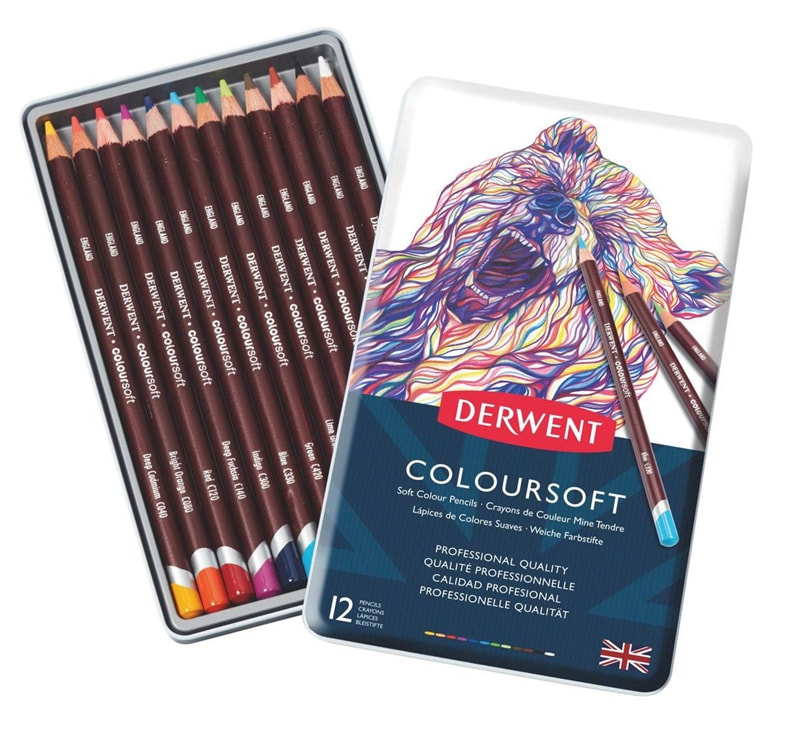 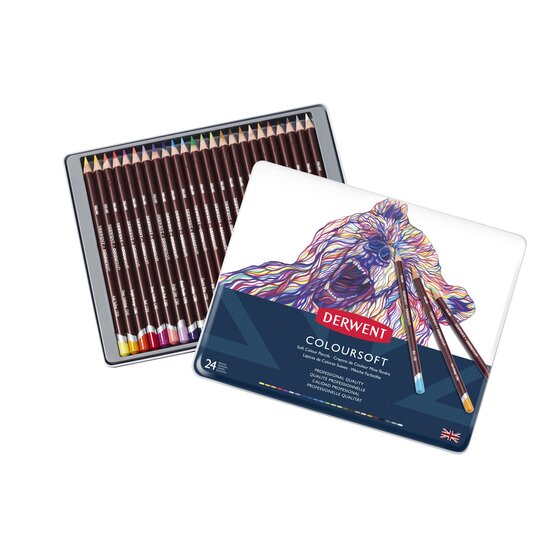 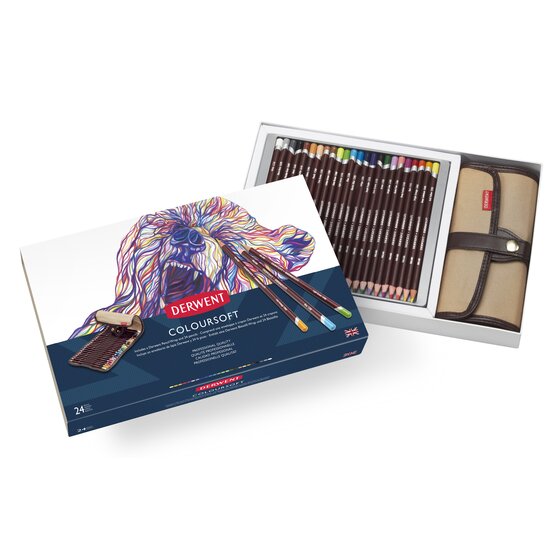 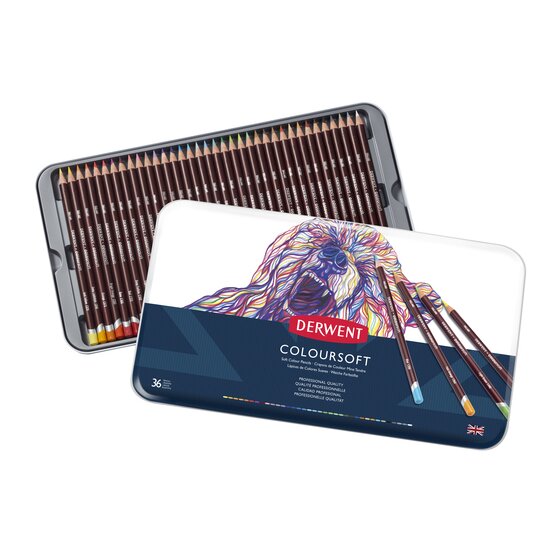 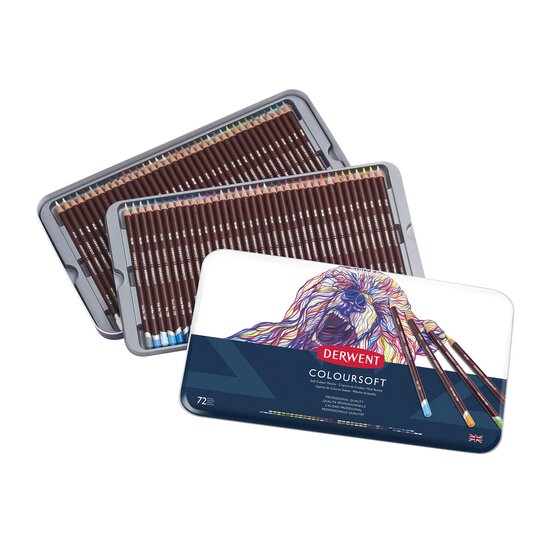 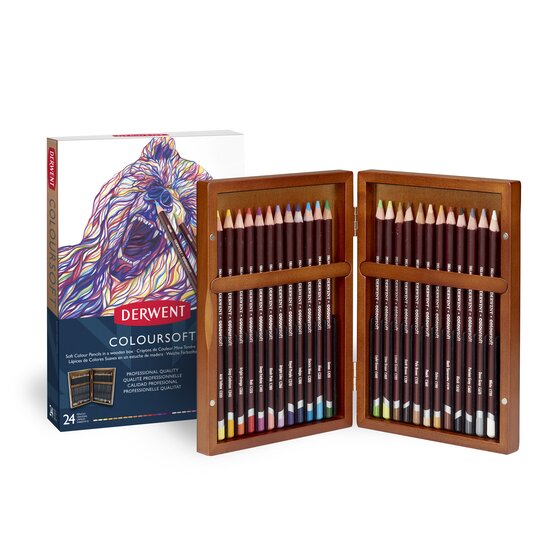 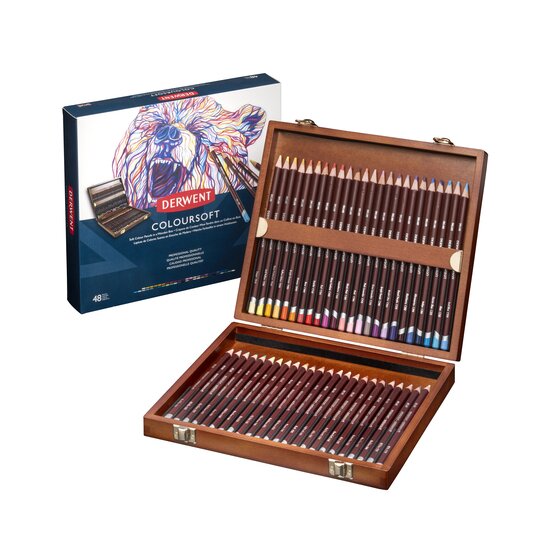 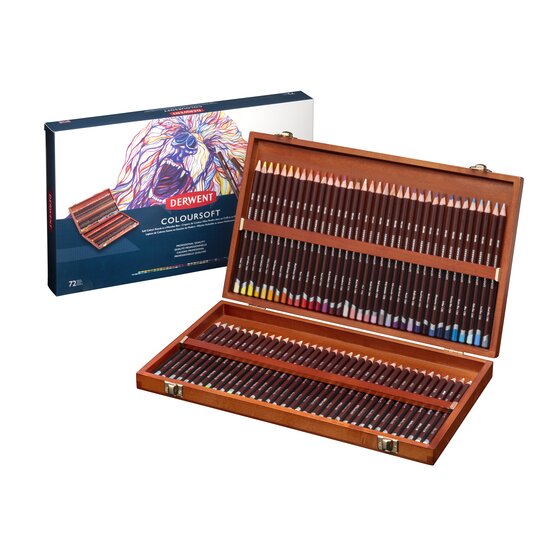 See how the Coloursoft Pencils compare against other popular pencil brands

So, What can they achieve?

The majority of my work are Pets, Wildlife & Human portraiture and my findings are mainly based on these subjects.  I also use a mixture of Derwent Coloursoft & the Caran Dache Luminance for tonal and detailed backgrounds and find they work well together due to them both being wax based. Here are some examples of suitability for the Derwent Coloursoft pencils:​
Find out more about the paper I am using here
Find out more about the Caran dache Luminance pencils
Why not try out our 'tonal layering' exercise using the Coloursoft pencils

These pencils are coded by the 'Blue Wool' lightfast rating and their lightfast rating varies with many of the pinks being the worst rating as well as the odd blues and greens too. The highest colourfast ratings are the browns, oranges and greys with some of the darker blues, greens and purples being the strongest too. Check the chart if you have any of these pencils at home to see how lightfast they are. You don't need to throw out these poor rated lightfast pencils, you can create artwork simply to create prints from, spray the finished artwork with a UV protection Fixative and ensure the final portrait is framed behind a UV or museum quality glass in frame, however I would recommend limiting the use of poor lightfast colours, do not apply to large parts of a drawing and you can always create the same colour using a more lightfast, darker tone and lightening it with the white pencil.  Hopefully in the future, Derwent are able to improve the lightfast rating.