"  MUSEUM AQUARELLE is not only a water-soluble pencil; it is a watercolour in a pencil form. MUSEUM AQUARELLE colour pencils are developed and produced in our Geneva workshop, in close collaboration with master watercolour artists. Their extra-fine quality makes them perfect both for watercolour painting and for artistic drawing.  "

Using the Aquarelle as a base for coloured pencil portraits

These pencils are ideal when working on larger portraits because they cover the paper much faster than using dry pencils. There are 48 colours found in the Aquarelle range that are found in the Luminance pencil range too. There are an additional 28 colours that complement the Luminance range. These pencils can be used with other brands and are one of the most lightfast, waterbased pencils on the market. ​
I created this Leopard portrait for a 2019 coloured pencil art workshop of mine. It was never completed and made an ideal portrait to use in this article.  I initially used the WH Smith pencils as I use these in all my workshops, but for this tutorial I used the Aquarelles and mixed with water. I applied the water using a paintbrush which smooths out the base so I can overlay the  fine details later in the process.

The pigments in these pencils are highly lightfast, with a few exceptions. Lightfastness can be affected if the pigment is diluted too much. This range is rated using the Blue Wool scale with the worst colours being the usual suspects; pinks & purples.  If you wish to find out more about the Blue Wool Scale, there is  information below this colour chart. 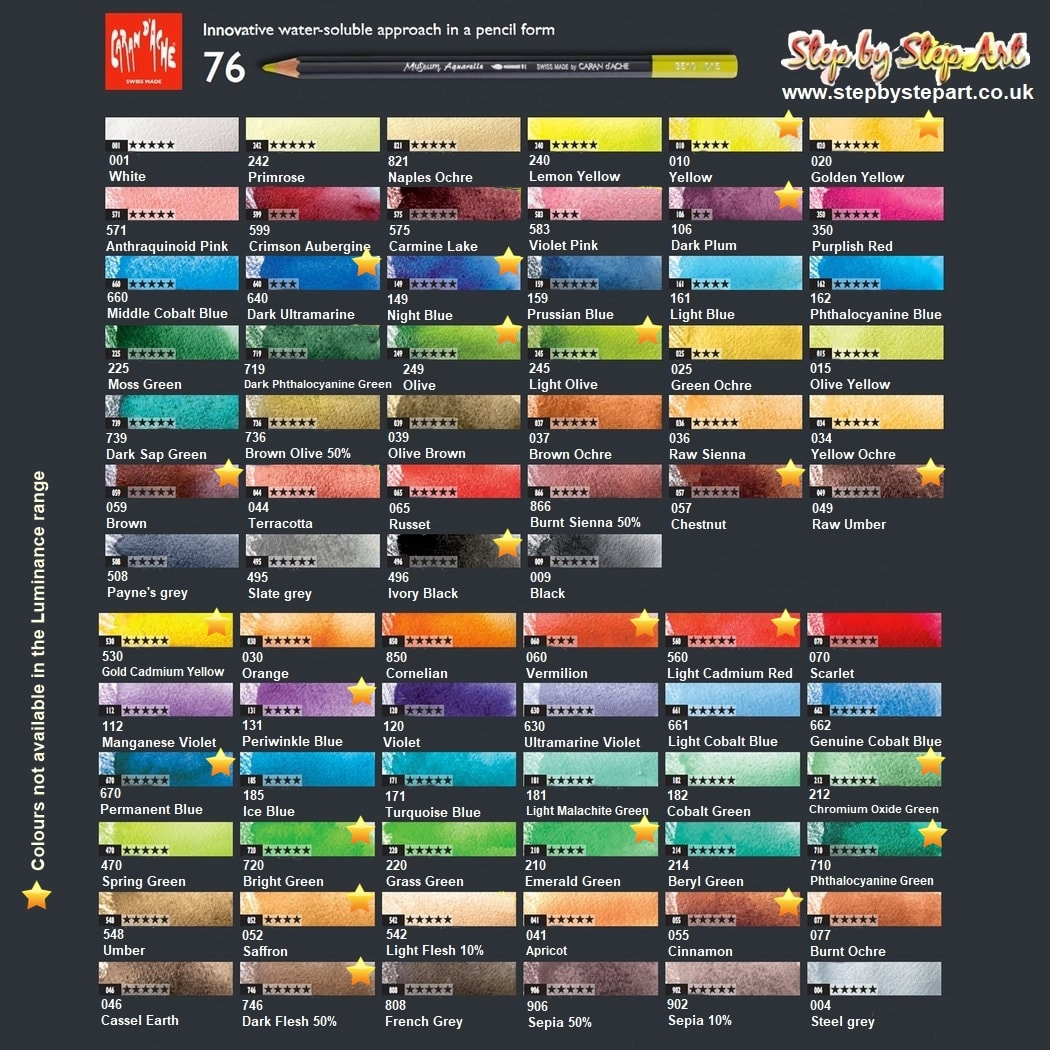