​" Derwent Pastel pencils have a unique highly pigmented fine chalk texture which creates a beautiful laydown of soft colour and are easy to blend; ideal for creating detailed drawings and sketches.
These pencils can be used dry or with water to create light washes, if portraiture and life studies are more your thing. " 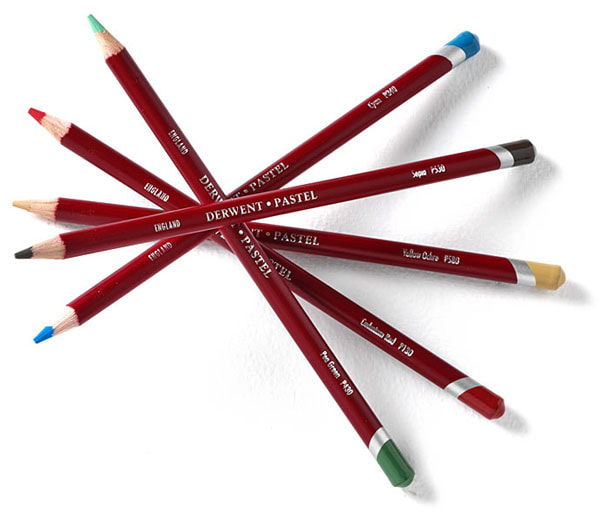 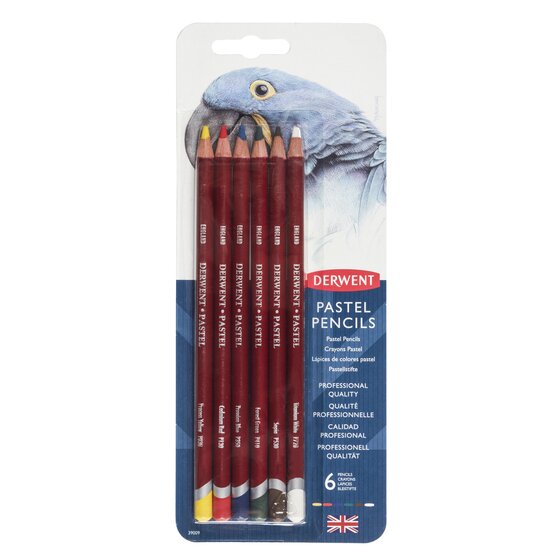 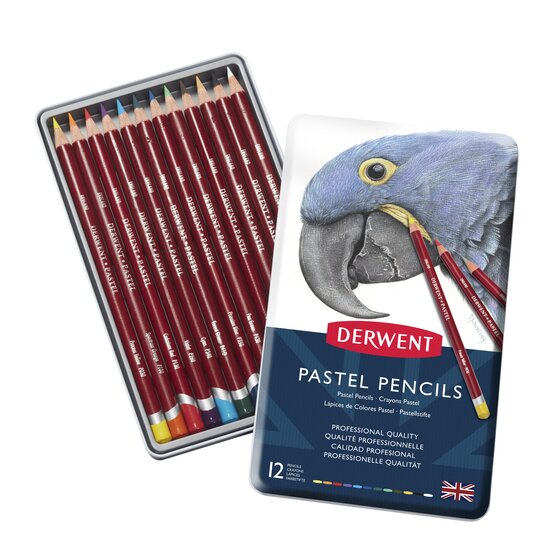 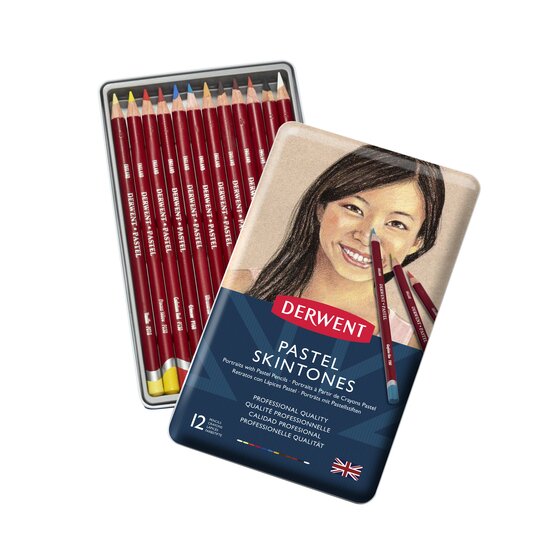 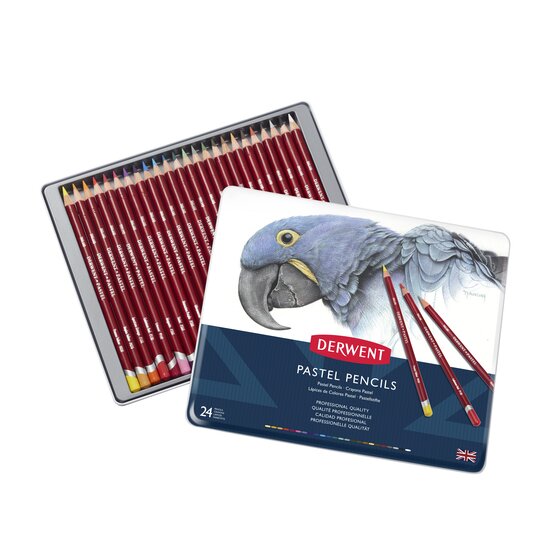 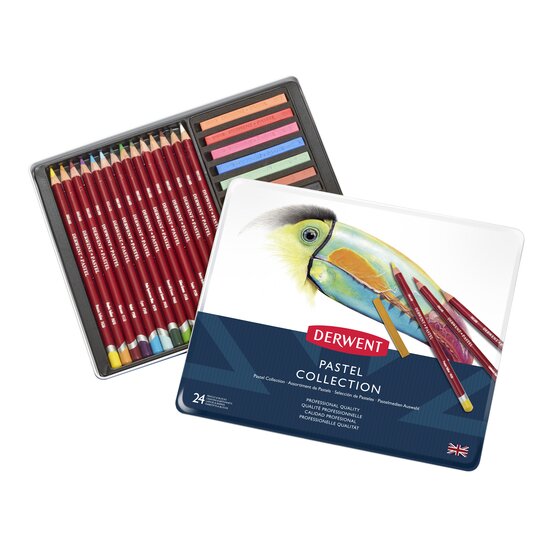 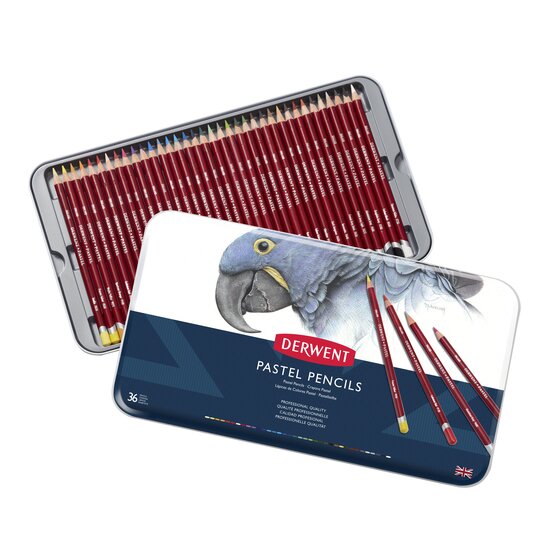 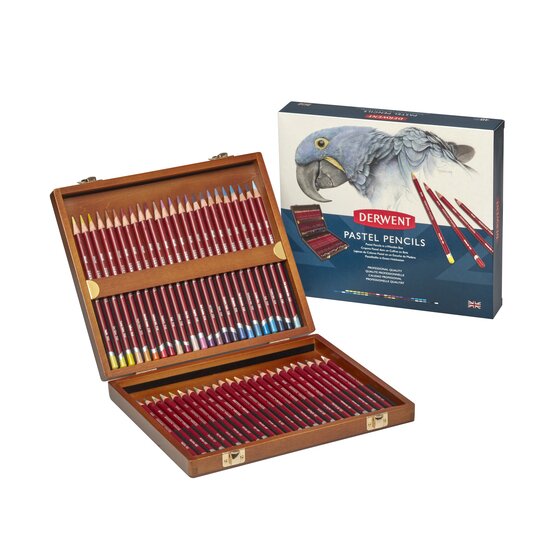 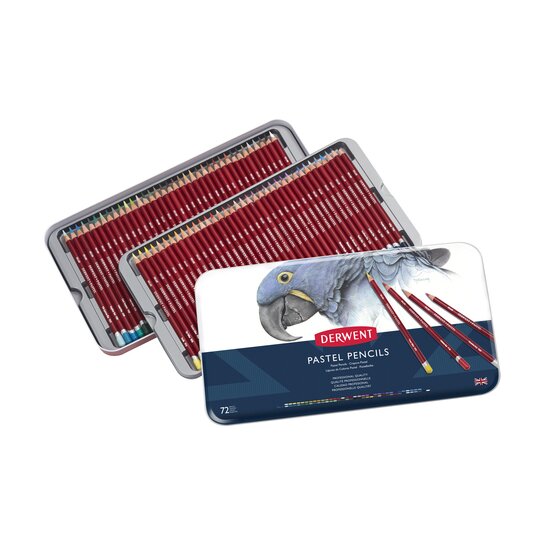 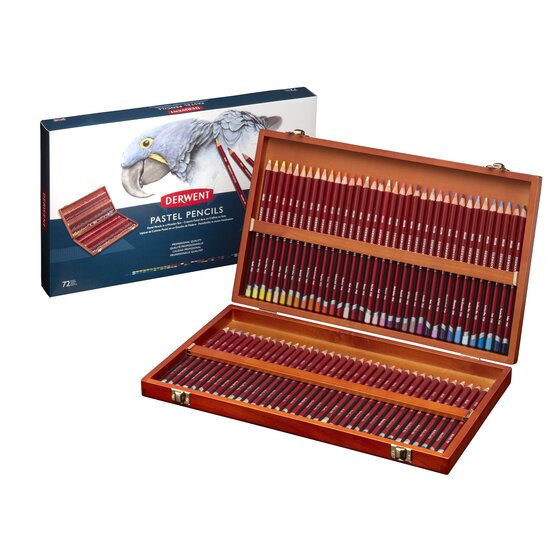 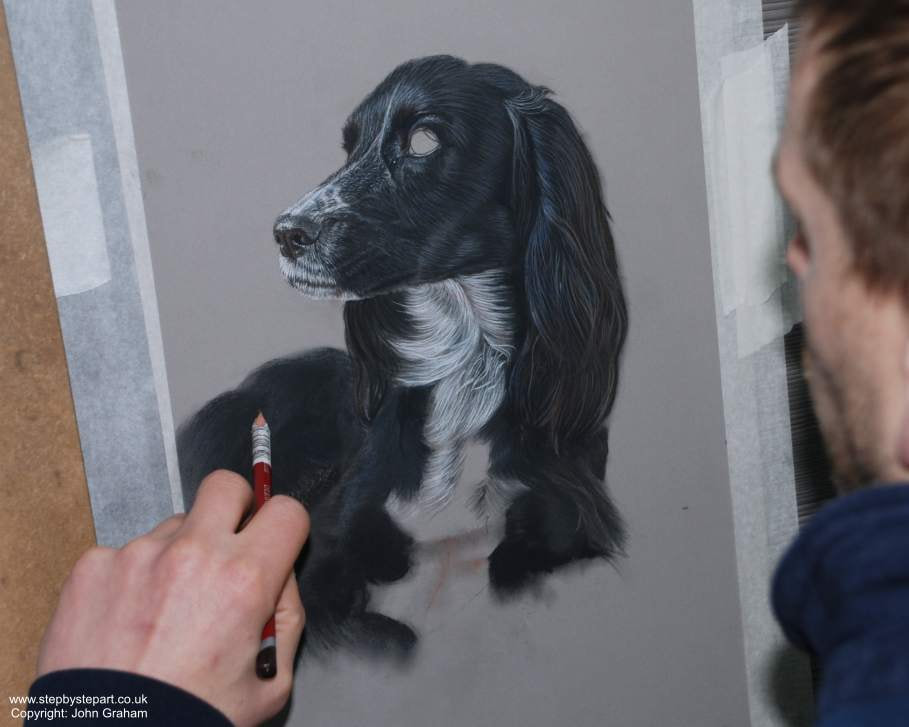 Artist John Graham used them in his pastel work along side other brands like Stabilo CarbOthello and PITT. The strength of pigment varied in the older Derwent pencils which offered a wider palette of muted colours that were not found in other pastel pencil ranges. John still has a large collection of the old colours although he no longer has the time to create art. John used pastel blocks like Unison to create the base layers before using Derwent's pastel pencils to create the very fine details. He would use a Stanley knife to shape his pencils and get an extremely fine, straight edge - particularly useful for very short haired subjects such as the Bull Terrier below.

Other related articles that may be of interest
​

The history of the Derwent pastel pencil

Derwent introduced pastel pencils to their range back in 1994. There were originally 90 colours and each colour was numbered, followed by an F, B or D
​
​The Rexel Derwent pencil (seen below) was the original design. American company ACCO, purchased Derwent (aka The Cumberland Pencil Company) back in 1980. In 1992, ACCO and the British company Rexel, merged. Rexel then became a brand of their product range. The middle pencil was the later design which had a pink band around the top of the pencil.

In 2010, the pencils were completely rebranded both with a new colour palette and each with new product numbers. The coloured band was changed from pink to silver. Their appearance now very similar to the Coloursoft coloured pencil range, to avoid confusion, a 'P' was placed before each number code. The Coloursoft pencils have a darker barrel and are coded with a 'C' followed by the number.

As you can see from the old colour chart above, each colour had two complimentary grades. The colour name was followed by an initial, F, D or B, however we have been unable to find out what these letters stood for but believe D was the pure colour, F was a lighter tone of the pure colour and B the darker tone.

Some of those colour 'sets' can be seen below. 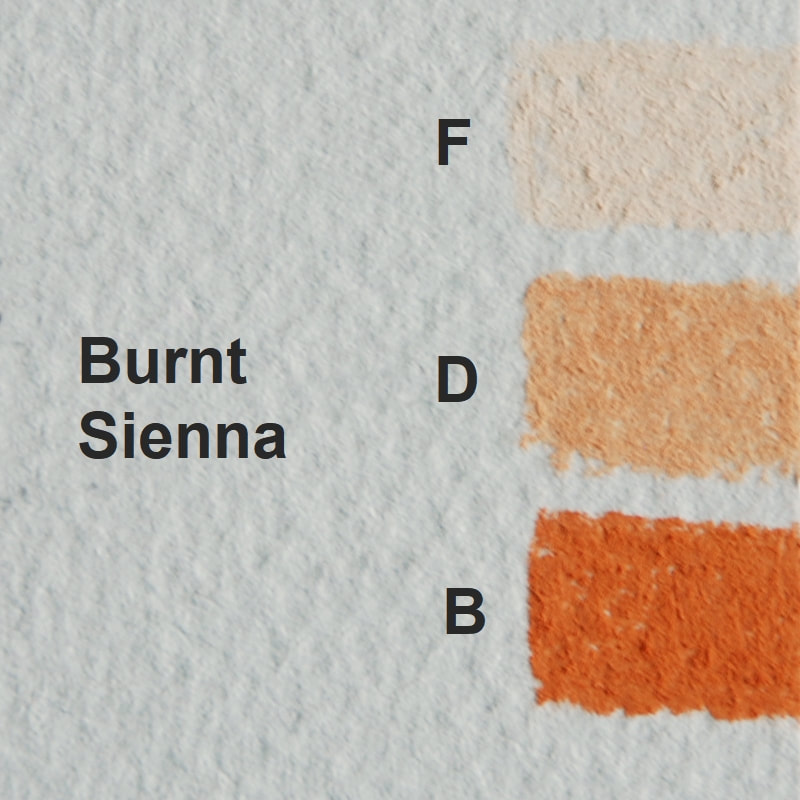 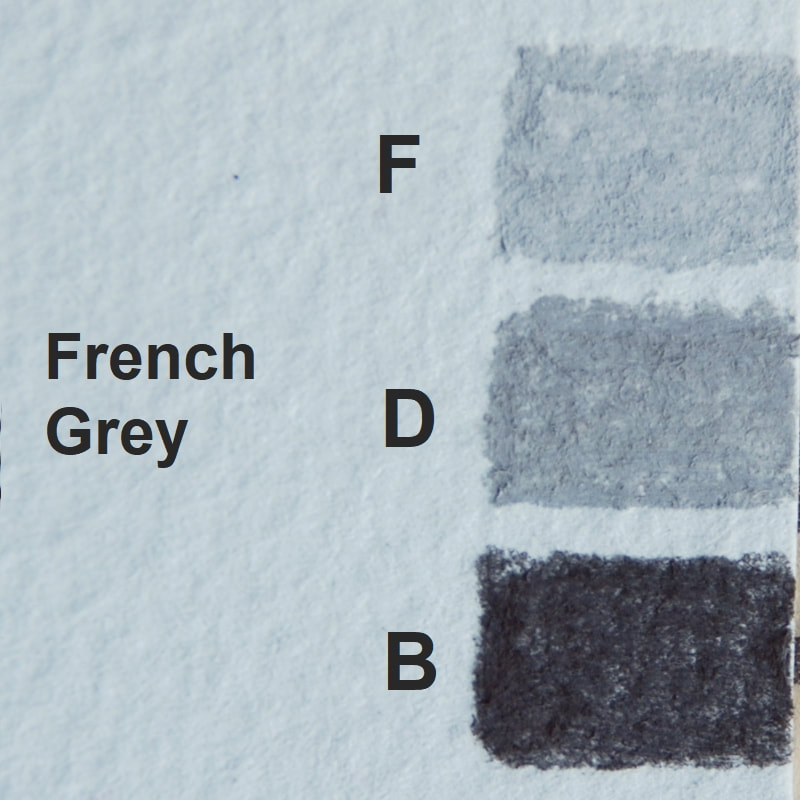 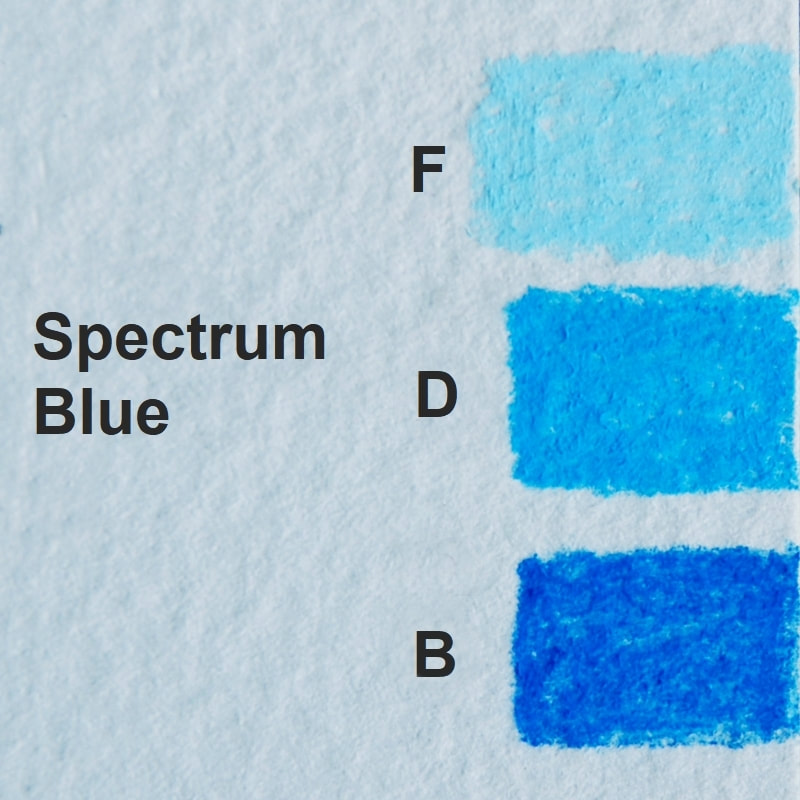 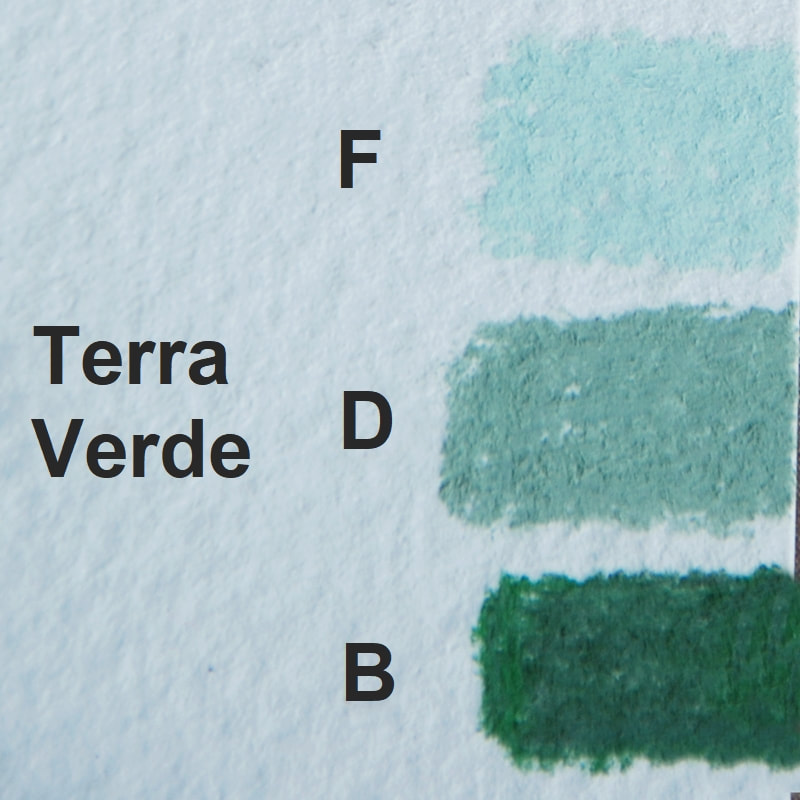 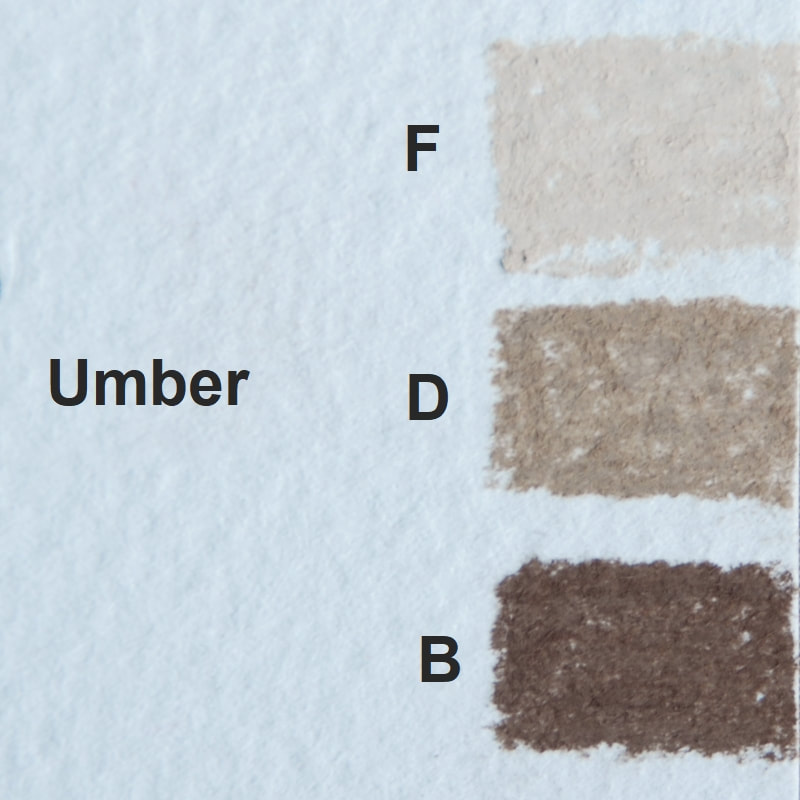 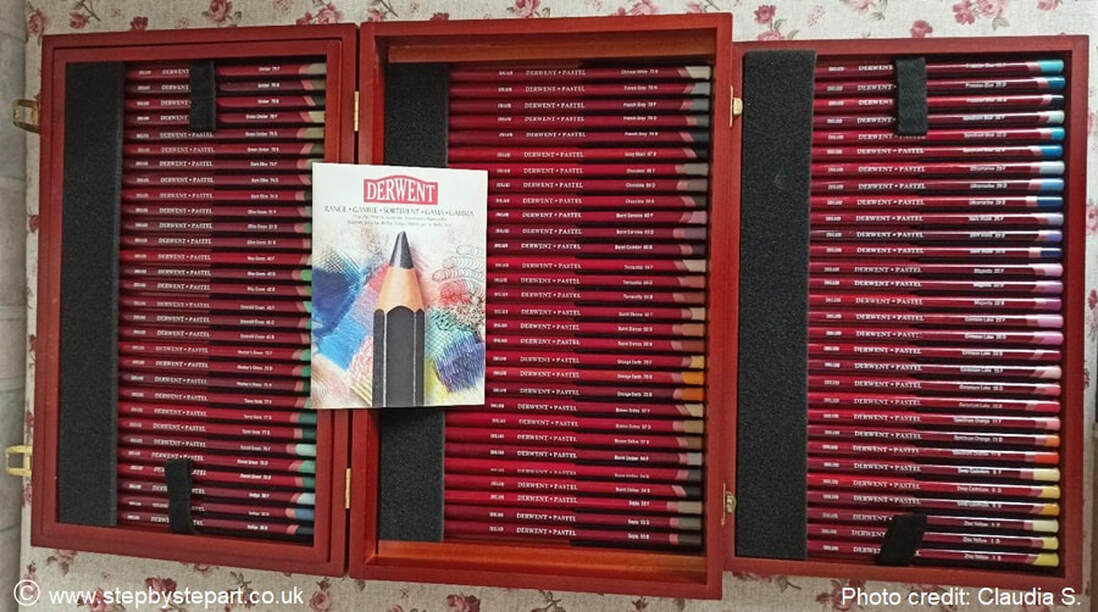 Ratings of 6 and upwards are considered to be lightfast. 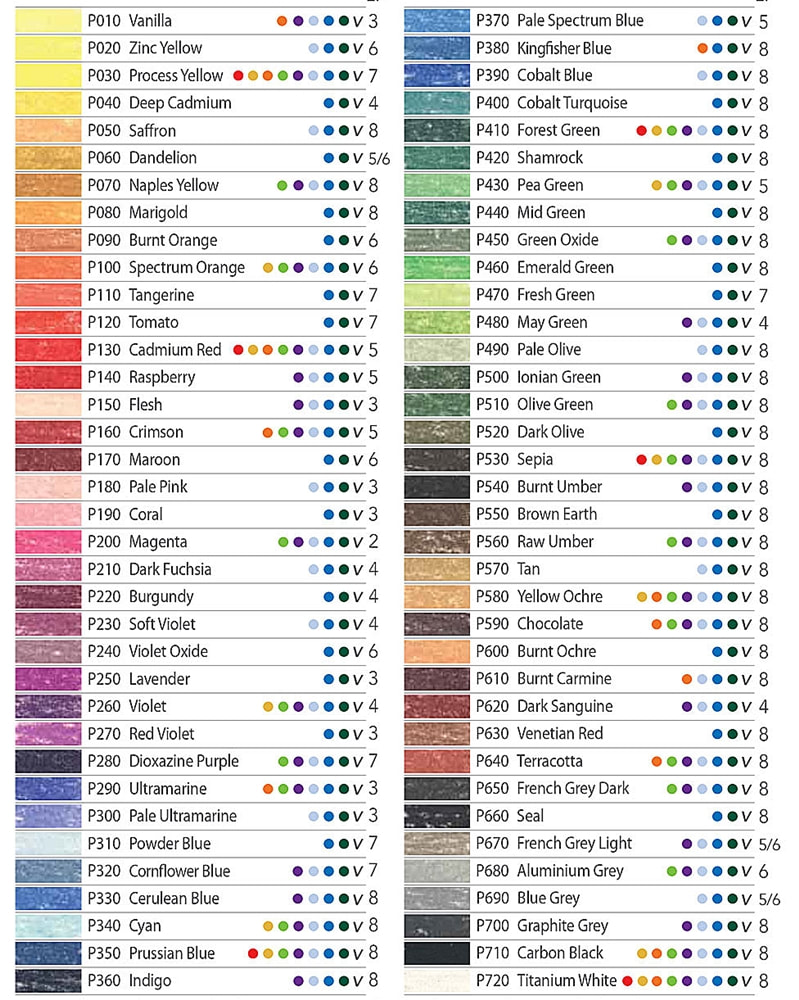 These pencils are coded using the 'Blue Wool' lightfast rating. The lightfast ratings vary with the pink and purples being the worst rated. The highest ratings are the earthy colours. Using the lower rated pencils, means you should protect your artwork by placing in a frame with UV or museum quality glass. If you are making prints from your work, lightfastness is not important. Cover your work with a sheet of glassine paper and store inside a wallet designed to protect art.

Pastels create dust which can be dangerous to health over a period of time. For protection, ensure you are in a well ventilated area when using Pastels. You may prefer to wear a face mask to avoid breathing in the dust and/or purchase an air purifier. If you have any breathing problems such as asthma, pastels may not be the medium for you, or you could opt to work with Pastel pencils which creates far less dust.